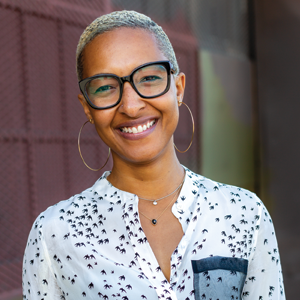 I am an Associate Professor of Geography at the University of California, Berkeley. I received my Ph.D. in Sociology from the University of California, Santa Cruz and a Masters degree in Social Sciences from the University of Chicago. My research engages theoretical themes that cut across multiple domains of social life. I build on epistemological and methodological insights from cultural and urban geography, urban sociology, African American studies, and media studies by examining the cultural, political, and economic dynamics by which race (blackness) and (urban) space are reimagined and reordered.

My first book, Black in Place: The Spatial Aesthetics of Race in a Post-Chocolate City (UNC Press), explores how aesthetics and race converge to map blackness in Washington, D.C. In it, I demonstrate the way that competing notions of blackness structure efforts to structure economic relations and develop land in the gentrifying city. My current book project explores the roots and routes of Black resistance that laid a foundation for the current affective economies organized to reclaim space through public cultures, politics, and the aesthetics of Black life in my hometown, Oakland, California.

I have published several articles and essays about race, aesthetics, and urbanization that appear in both scholarly and popular publications, including New York Times, The Boston Globe, Urban Geography, and Places Journal. My research has been supported by the Andrew W. Mellon Foundation, Institute for Citizens & Scholars, and the Social Science Research Council, among others.