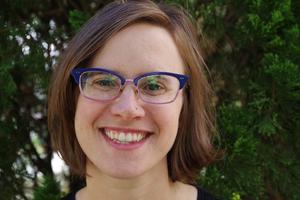 My dissertation, “Taken for Granted:  Social Welfare in South Africa,” explores the ways in which a preeminent, state-sponsored cash transfer program has become a means of dispossession in post-apartheid South Africa. My work explores the everyday practices by which poor, Black South Africans, navigate their entitlements to social assistance against the pressures of expropriation built into the payment system. My work intersects with critical development studies, political economy, African studies, and postcolonial/feminist science and technology studies. This research represents the first ethnography of social welfare payment in democratic South Africa.

I am currently a PhD candidate in geography at UC Berkeley. My research has been supported by the Charlotte Newcombe Foundation, the Wenner Gren Foundation and the Fulbright Foundation, as well as the UC Berkeley Institute for International Studies and Centre for African Studies.

In addition to my doctoral work, I am a consultant for the Black Sash, supporting their efforts to design a new social grant payment system. My ethnographic research has formed the basis of reports to the South African Constitutional Court, the National Credit Regulator, and the South African Reserve Bank. I have also written numerous op-eds for GroundUp, a community newspaper, and made a documentary for Cutting Edge, an investigative news show.