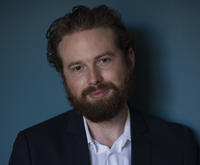 Primary Research Interests: Political economy of oil, history of energy and society, the transition off of fossil fuels

In 2016, the International Energy Agency (IEA) warned of a looming underinvestment crisis in the oil industry. As their director, Fatih Birol, explained in a Bloomberg interview in February 2018, declining mature fields, sustained global demand growth, and, the collapse in investment following the 2016 commodity downturn, could produce a significant supply-demand imbalance between 2020 and 2025.

My work examines historic shifts in the geology and political economy of oil that, I argue, have created a new period of 'boom' and 'bust' in an industry historically reliant on stabalizing monopolist forces. Brought on by the plateauing of conventional oil production in 2004-2005, this new, chaotic, period has been characterized by unprecedented volatility, a spike in production costs for new, often unconventional, projects, and the emergence of hydraullic fracturing, with its anarchic, short-term, production cycle.

My work looks at how the flow of capital mediates the relationship between the non-renewable depletion of petroleum as a resource and the actual production of it as a critical global commodity. I am likewise interested in how the uncertain future of petroleum infuses projections of its future supply and demand, especially by authoritative actors, with newfound power. Finally, my research examines how the investment crisis in oil, and the new period of uncertainty, boom and bust, has impacted (and is impacted by) the transition from fossil fuels to renewable energies.

- The historical interplay of energy, technology, class and civilization (Smil), with a particular attention to the debate about coal's role in the emergence of capitalism (Wrigley, Pomeranz) and its relationship to the classic Brenner debate.

Teaching is my passion. It combines my strength in public speaking and performance, with my love of helping others, and myself, understand the world better. I never really know something until I have successfully taught it to someone who knows nothing about it. Here is a link to my teaching philosophy statement.

As a Graduate Student Instructor: