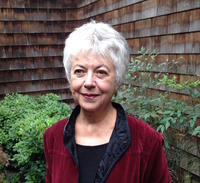 I began my academic career as an economist, but quickly came under the influence of anthropologists during 19 months of fieldwork in a Javanese village in 1975-6.  These interdisciplinary tendencies intensified after I finished my PhD and turned to working on agrarian change in Bangladesh and Malaysia.  In the 1980s I also became involved in a broader collaborative project on transformations of major rice growing regions across Southeast Asia in the face of rapid technological change.  Focusing on questions of power, this body of work reflects my enduring interest in how in-depth ethnographic studies and what I’ve come to call relational comparisons can do critical work, both analytically and politically.  It also entailed doing battle with economists on a variety of topics, including the interlocking of labor, land, and relations of indebtedness; and debates over gender and the household.

In the late 1980s and early 1990s I was transformed from an economist to a geographer, when graduate students in the Department of Urban Studies at MIT drew my attention to debates in critical human geography.  Most immediately I was compelled by Doreen Massey’s feminist reformulation of space and place, and subsequently by the work of Henri Lefebvre, Allan Pred, and many others.  I was also drawn to Stuart Hall’s work on articulations of race and class, which reignited an interest in Gramsci’s political economy and its contemporary salience.

These revelations came to me at a crucial moment: the end of the Cold War; the apartheid regime’s unbanning of the African National Congress and other political parties; and returning to my native South Africa in 1990 after an absence of nineteen years.  During the 1980s I had led a dual existence, with a Southeast Asian academic side and a South African political side through engagement with the anti-apartheid movement in Boston.  The theories I began to embrace in the late 1980s not only transformed my conception of the world; they also provided the compass that guided me as I plunged into trying to understand the forces unleashed by the formal ending of apartheid.

In the first round of research from 1994-2001, I traced sharply divergent post-apartheid dynamics in Ladysmith and Newcastle, two former white towns and adjacent black townships, and their connections with East Asia.  My book Disabling Globalization: Places of Power in Post-Apartheid South Africa (2002) draws on this work to engage critically with discourses of “globalization,” and explore alternatives to neoliberalism.  In retrospect I’ve come to see 2001/2 as a key turning point in post-apartheid South Africa.  Focusing on local government as the key site of contradictions, Rethinking the South African Crisis: Nationalism, Populism, Hegemony (2013/4) draws on ongoing research in Ladysmith and Newcastle to develop a broader set of arguments about the processes that fed into the rise of Jacob Zuma, and the erosion of ANC hegemony.  Currently I am working on a set of essays for a book on resurgent nationalisms and populist politics in South Africa, India, and the United States since the end of the Cold War.

At UC Berkeley I co-chaired the Development Studies undergraduate major with Professor Michael Watts from 1996-2016, and participated in its transformation to Global Studies.  From 1998-2003 I chaired the Center for African Studies, establishing it as an Organized Research Unit and linking the Center to the Department of African American Studies.  In South Africa I helped to establish one of the first coursework Masters programs in the early 1990s, and served as an Honorary Professor at the University of KwaZulu-Natal before being appointed as a Distinguished Professor at the University of the Witwatersrand in 2016.  In 2018 I was awarded the Vega Medal by the Swedish Society for Anthropology and Geography for contributions to human geography.

Decoding the Base: White Evangelicals or Christian Nationalists?  Studies in Political Economy vol.102 no. 1 2021.

Resurgent Nationalisms and Populist Politics in the Neoliberal Age. Geografiska Annaler vol.103 no. 3. 2020.

Why Did It Take So Long?  Trump-Bannonism in a Global Conjunctural Frame. Geografiska Annaler vol.103 no. 3. 2020.

Book Review Symposium on The New Enclosure: The Appropriation of Public Land in Neoliberal Britain by Brett Christophers.  The AAG Review of Books. 2020.

Review of The Land Question in China by Shaohua Zhang. Journal of Peasant Studies. 2020.

“Exposing the Nation: Entanglements of Race, Sexuality, and Gender in Post-Apartheid Nationalisms.”  In Heather Merrill and Lisa Hoffman (eds.) Spaces of Danger: Culture and Power in the Everyday. Athens, GA: University of Georgia Press: 2015.

“Water is the Burning Issue: Fluid Politics and the Contradictions of Local Government”  2009.

The New Poor Laws and the Crisis of Local Government, Amandla vol 2, 2007.

“Denaturalizing Dispossession: Critical Ethnography in the Age of Resurgent Imperialism,” Antipode, vol.38, no. 5, 2006.

“Revisiting Rural Java: Agrarian Research in the Wake of Reformasi,” Indonesia no. 80, 2005 (with Nancy Peluso).

“Multiple Trajectories: A Critique of Industrial Restructuring and the New Institutionalism,” Antipode vol. 30, no. 4, October 1998.

“Regional Growth Linkages in the Era of Liberalization: A Critique of the New Agrarian Optimism,” Development and Change vol. 29, no. 1, January 1998.

“From Rotten Wives to Good Mothers: Household Models and the Limits of Economism,” Bulletin of the Institute of Development Studies.  vol. 28, no.3, July 1997.  Reprinted in N. Kabeer (ed.) Rethinking Gender and Poverty. London: Zed Press.

“Clothes for Next to Nothing: Organised Labour, Global Competition, and the Land Question,” South African Labour Bulletin vol. 19, no.6, December 1995.

“The Dynamics of Diversification in an Asian Rice Region,” in B. Koppel (ed.) The Transformation of Work in Rural Asia. Lynne Reiner, 1994.

“The New Economic Policy and Redistribution in Malaysia: A Model for Post-Apartheid South Africa?” Transformation 23, 1994.

“Winners and Losers in Economic Growth: Comment,” Proceedings of the 1993 Annual Conference on Development Economics. Washington, DC: The World Bank, 1993.

“The Growth Linkages Controversy: Some Lessons from the Muda Case,” Journal of Development Studies vol. 25, no.1, July 1989.

“Agrarian Structure and the State in Java and Bangladesh,” Journal of Asian Studies  vol. 47, no. 4, May 1988.  Reprinted in D. Ludden (ed.) Capitalism in Asia, published by the Association for Asian Studies, 2004.