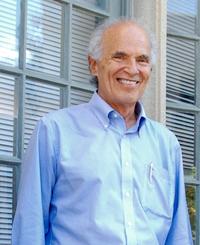 A research trip recently took me to the Otay Mesa industrial park in Tijuana, a bustling center of state-of-the-art border export plants, or maquiladoras, that abuts the US-Mexico border southeast of San Diego. Standing in that industrial park one is within a stones throw of some of the powerful forces reshaping the global economy: advanced export production, impoverished communities, new gender roles, economic integration, immigration, environmental degradation, and the struggles of Mexicans to forge a more open and democratic society. My own research looks at the ways in which these themes come together, focusing on the intersection of global economic integration, labor, the organization of work, and information technology. I began my journey towards this intersection several decades ago with research on the ways in which information technology was reshaping the industrial workplace centered on the automobile plants of my native Detroit. This resulted in my first book, Work Transformed: Automation and Labor in the Computer Age. While doing this research, I soon realized that a more global focus was necessary to fully understand what was taking place in local workplaces and communities. Since many of these plants were being relocated to Mexico and Brazil, I then began an ongoing research effort in Latin America focusing on the process of globalization and its local implications. This effort resulted in Automation and Global Production and Mexico and the Global Economy. In the 1990s I broadened my research on economic integration to look at the changing nature of trade with a focus on the North American Free Trade Agreement (NAFTA), the World Trade Organization (WTO), and now the Free Trade Agreement of the Americas (FTAA). In my current research I try to move back and forth between local realities and global forces, the ways in which both come together, and the alternatives for a more equitable and democratic future. I am now specifically doing research in a number of interrelated areas: the nature of global economic integration, the US-Mexican border, labor rights and trade, labor and the global economy and the changing nature of work.

My research interests are reflected in two courses that I teach: The Southern Border, an undergraduate course (co-taught with Beatriz Manz) that looks at the US-Mexico border in particular and the relation of the US and Latin America more generally, and a graduate seminar on Labor and the Global Economy that looks at the process of globalization and its social implications.

For the last three years, I have been Chair of the Center for Latin American Studies. The Center has a wide-ranging research and programmatic focus in the humanities and social sciences with an emphasis on economic integration and democratization in the Americas. I have to admit my role at the center reflects not simply a set of research interests but a passion, excitement, and love of Latin America. I also share an appointment with the program in Social and Cultural Studies in the Graduate School of Education which reflects a strong set of interests related to the role of schools and skills in the process of globalization.