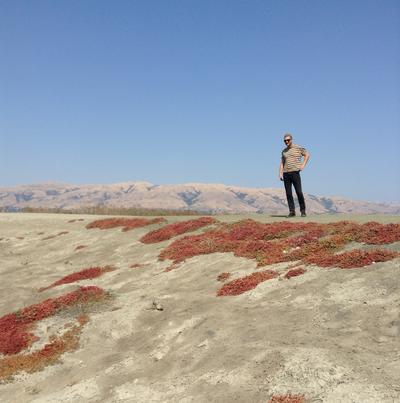 My research interests lie at the intersection of urban political economy and the politics of technology. I focus on the historical emergence and contemporary significance of distinct planning technologies and surveillance techniques, paying special attention to how regimes of urban governance inflect politics and shape social life in profoundly uneven ways along the lines of race, class, gender, and legal status. As a critical human geographer, I am most broadly concerned with the processes by which social relations and built environments inform and (re)make one another.

I am presently revising my doctoral dissertation as a book manuscript for publication. In “Model City: Technologies of Government in the San Francisco Bay Area,” I examine how novel techniques of urban governance converged with new planning technologies to transform postwar space and politics in the metropolitan region. I argue that the terms and practices girding governmental rule in global metropolises like the Bay Area today were forged in part through various planning initiatives – environmental modeling projects sponsored by the military, racialized efforts to simulate real-estate markets on behalf of urban renewal, and public pedagogy programs emphasizing technological interactivity among others – undertaken by administrators, engineers, and experts in the decades following World War II. These initiatives, I suggest, helped constitute the grounds upon which market-oriented modes of urban managerialism now unfold.

My current research centers on the urban politics of global catastrophe. I am interested in how cities have been framed in relation to three specific socio-ecological crises in political, policy, and scientific circles: as military targets of nuclear warfare, as causes of and potential checks on the vicissitudes of climate change, and as crucibles of transmission during pandemics. Managerial approaches to each of these crises have led to particular interventions and produced distinct socio-material effects. Collectively, these different approaches to urban governance embody contradictory notions about the role of government and the very nature of cities. They also lie in tension with contemporaneous social and environmental justice movements. An analysis of these contradictions and tensions, I contend, can call into question normative political concepts such as private property, the nuclear family, and the territorial nation state.

Teaching is my true passion. At Berkeley, I’ve been fortunate to get to know and engage with a vibrant and diverse group of students. In the Geography Department, I have taught “The Urban Experience” and several terms of “California” as a lecturer in addition to serving as a GSI for courses such as “Worldings: Peoples, Regions, States,” “American Cultural Landscapes,” “Digital Worlds: Introduction to Geospatial Technologies,” “Food and the Environment,” and “Economic Geography of the Industrial World.” In Fall 2019, I also taught “American Cities and Social Change” as an instructor in the Community Studies Program at the University of California, Santa Cruz. In the classroom, I work to both connect the lived experiences of students to course material and foster the critical thinking skills needed to respond to the pressing questions of our time.

I am committed to public scholarship and community engaged research. As a Public Fellow with the American Cultures Engaged Scholarship program at Berkeley, I have facilitated meaningful research collaborations between incoming transfer students and social and environmental justice organizations in the region. In addition to founding the Bay Area Social Justice History Project at San Francisco State University, I have also served as both a researcher for the Anti-Eviction Mapping Project and a website coordinator for the Living New Deal Project. I look forward to building new collaborations on behalf of a more just and equitable world in the future.