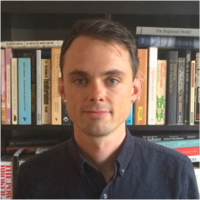 I am an urban geographer working at the intersection of critical political economy, urban political ecology, and science and technology studies. My research focuses on mobility practices and infrastructures as windows into the contradictions of sustainable development in the divided metropolis. I teach The Economic Geography of the Industrial World (GEOG 110), On the Move: Mobility, Infrastructure, and Urban Life (GEOG 170), The Urban Experience (GEOG 70AC) and Urban Field Study (GEOG 181).

After graduating from Vassar College in 2004 with a degree in Political Science and Hispanic Studies, I moved to Philadelphia, where I worked as a bicycle mechanic at a shop serving a culturally and economically diverse world of cyclists. At the same time, the public image of bicycling was undergoing a shift, becoming more white and middle class as places with improved bicycling conditions gentrified.My experiences in Philadelphia would go on to inform my doctoral research at Berkeley, which I am now revising and expanding as a book, entitled Cycling the New Urban Frontier: Gentrification and the Politics of the Bicycle in the Neoliberal City. In the book, I interrogate the prominence of bicycling in both progressive and elite visions for the 21st century “green” city.

My long-term research agenda has two main fronts. I remain interested in how “ordinary” mobilities—buses, walking, bicycling—have been reimagined as technologies for making the “world class” sustainable city. I just returned from a research trip to Detroit and Philadelphia exploring the entanglement of bikeshare system planning and gentrification. This work informs the final chapter of my book manuscript. In August 2017, I received a Scholars Award grant from the National Science Foundation’s Science, Technology, and Society Program to support a more intensive project on bikeshare in Oakland, Philadelphia, and Austin, entitled US Public-Private Partnerships in Bicycle Sharing Systems. I am also intrigued by the global circulation of the bikeshare model and its uneven outcomes, such as Spain’s high failure rate and the bikeshare “bubble” currently underway in China.

I also have a longer-term interest in the political economy and ecology of race, property, and mobility in settler colonial societies. Specifically, I want to understand how the ideals of property ownership, freedom of movement, and race and class identity are entangled in the United States, Canada, and Australia, their effects on resource use and carbon emissions, and their implications for a more sustainable form of urbanization.

I currently live in Oakland, where I can be found on a bike, drinking coffee, and often doing both. Please visit my department website for more information.