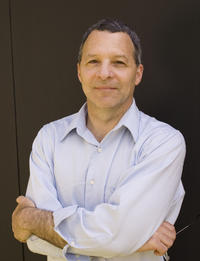 George Orwell wrote that Shakespeare had a “love for the surface of the Earth and the process of life.” I can think of no better description of a geographer. Nor can I think of a better place to see the process of life than in cities. By concentrating so many people and so much activity into relatively small areas, cities supply great variety to that process and quicken its pace. Cities also give a distinctive shape to the surface of the Earth. They create beauty with a row of graceful buildings, a tree-lined avenue, the sophistication of people on downtown streets. They express great financial and productive power in skyscrapers, freeways, factories, and bridges. They concentrate some of the most squalid and cruel of human affairs. Every city, moreover, has shaped places far from it. In some cases it is little more than a city making a hinterland to supply itself with goods, in others it is a city imposing its ideas, commodities, and even military power on distant parts of the globe. I have written about Buenos Aires and Mexico City at the turn of the nineteenth century, and about American cities in the nineteen-fifties. Through those places I have tried to express my own passion for seeing how the surface of the Earth and the process of life come together.

“Winning for Losing: A New Look at Harry Bridges and the Big Strike of 1934” American Communist History, 2014.

The Education of a Radical: An American Revolutionary in Sandinista Nicaragua. University of Texas Press, 2012.

Moment of Grace: The American City in the 1950s. University of California Press, 2003.

The City of Mexico in the Age of Díaz. University of Texas Press, 1997.