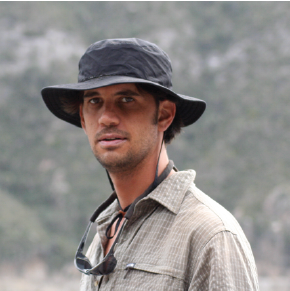 Dr. David Wahl is a leading academic in Geospatial Representation, and teaches Geography 180: Field Methods for Physical Geography. His research involves a blend of geographic perspectives and earth system science.

What are you working on now that you want to feature? Research ? A new course?

I’m starting a whole new research area, expanding into Hawaii and the Pacific Islands. I was out in Oahu and Molokai in July and was coring coastal wetlands in this wonderful study where we’re trying to get an understanding of what the vegetation in coastal communities was like before humans arrived. There has been a lot of work about the impact of European arrival, but we know far less about 1,000 years ago when the Polynesians arrived and the dramatic impact that ensued on the vegetation on the island. I'm working with the US Fish and Wildlife Service so they will be able to go in and engage in mitigation efforts. We hypothesize that the native fauna will have more built-in buffers to natural disasters. Accordingly, we’re working to transform their natural wildlife refuges to build in climate resilience.

The other half of the study is getting good, clean climate records for the Holocene and the Late Holocene. I'm working on Laysan, an uninhabited Hawaiian Island, which has a lake that we were supposed to go to but our research vessel broke down. I have another study in Palmira, where I took a core in 2009. It looks to be the cleanest, most robust proxy data that reproduces El Niño activity. We’ve been collecting weather data for over 100 years and that’s all we know about El Niño. We don’t know what has caused the 5-7 year El Niño cycle, so we got a sediment core that goes back thousands of years in order to measure the core’s correlation with sea surface temperature. Our best guess now is a cited form 30 years ago in the Andes, but in this core, I have a 0.83 correlation. Palmira is going to produce the best, most robust record for the entire Holocene. This directly concerns the evolution of our Western climate.

How is Geography different from other departments?

Geography is fundamentally an interdisciplinary major. Students can take something as broad as the study of land and life. In my experience, I could have slid into Geography as a History major and not change the methodologies I was using. All the analyses I run in my lab are being taught in Geology departments. However, a lot of other Earth System Sciences departments aren’t asking questions like ours, geared at looking at climate reconstructions while inherently interested in human activity and the dynamic human-environment relationship. Folks may not have the latitude to work on these things in a Geology department, but Geography is more free flowing. In Geography, things are seamless. People can work more freely and hone their research interests.