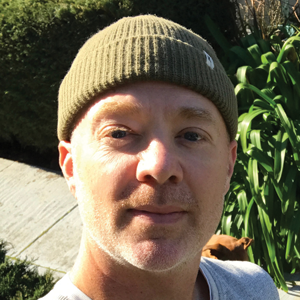 Professor Joel Wanek is a new addition to the Geography department. With a background in multimedia production and filmmaking, Professor Wanek has spearheaded an initiative to introduce new perspectives in Geography through field courses focused on audio-visual production.

What are you working on now that you want to feature? Research? A new course?

What I’m personally working on is a film about San Francisco Chinatown, specifically centered around Stockton Street, the busiest marketplace for Chinatown residents. What drew me to that space is the electric streetlife, the business of the bustling foot traffic, and the busy markets there. What I find unique is the distinction between inside and outside space. The stores are open, in most of the businesses there isn't a distinction between the interior and exterior of the store, placing the markets out on the sidewalks as well as inside. Without this barrier, it creates a really unique vibrancy and flow of people. My film is less of an investigation and more of a celebration of those spaces.

What drew you to Geography?

My work has always been interested in cities, even though I grew up in a very rural place. My work, whether it's photography, film, audio, has been centered around the public spaces of cities. I’ve interacted with strangers in the streets of downtown Chicago and worked with public school teachers, students, and transit riders in Durham. Although I’ve never specifically tried to focus on geography, Dr. Jovan Scott Lewis really helped me see how I’m investigating place and humans in their relationship to specific places. I got to the department here in a way that goes back a little bit. I encountered Jovan a handful of years ago when I was first here, when I was seeking out collaborators for a digital humanities project. He brought me into his first black geographies conference, and the subsequent project after that. We collaborated on a project in Tulsa last year, where he asked me to do some photography for his new book, Violent Utopia. When the position opened here, it felt like a natural fit to apply and to deepen the work I was already doing.

Tell me about Sonic Geographies.

Sonic Geographies is a field production class in which we’re out in the field all day, producing audio works that investigate space, place, and people. This semester we’re centered around Lake Merritt in Oakland, looking at both the unique biodiversity there and unique diversity gathered around the lake. We’re using audio to interrogate these ideas.

I think it’s exciting to be in the Geography department and to create these courses for the very first time, sort of playing a small part in expanding the ways that our department investigates what geography can be. It also invigorates my own work to collaborate with both students and faculty. It’s exciting for me to be around such brilliant folks that are doing interesting work, and it gives me new ideas about my own work, which I’m excited to approach through these new lenses of Geography, through frames that allow me to see my work within new contexts.