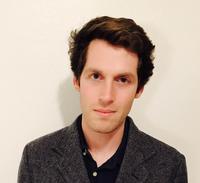 Peter Ekman is a cultural and historical geographer of urban America. His interests are many and broad, but generally they involve how Americans have built, modified, inhabited, and argued about some of their most ordinary landscapes. Articles of his have appeared in the Journal of Urban History and the Journal of Planning History. After completing his Ph.D., he was a fellow at Dumbarton Oaks in Washington, D.C., and the Huntington Library in San Marino, California. Now he is at work on two book manuscripts dealing with urban questions across America’s long twentieth century. One is based in part on his dissertation, “Suburbs of Last Resort: Landscape, Life, and Ruin on the Edges of San Francisco Bay,” a study of the composition and abandonment of industrial and other non-elite suburbs on the eastern extremes of the Bay Region. The book, which passes through California but moves beyond it, is a broader meditation on the life of “formlessness” as a suburban concept, and as a way of seeing, or refusing to see, how such places matter. His second book project, localized in the cities of the Northeastern “megalopolis,” pursues a new intellectual history of postwar urbanism through one interdisciplinary center for urban studies that cropped up and achieved political influence just as geography departments around the country, which might once have done some of the same work, were closing. His work is deeply interdisciplinary, but he also maintains an interest in geography’s own idiosyncratic history and what it might tell us about the future. His teaching poses these questions and others.

“Suburbs of Last Resort: Landscape, Life, and Ruin on the Edges of San Francisco Bay.”