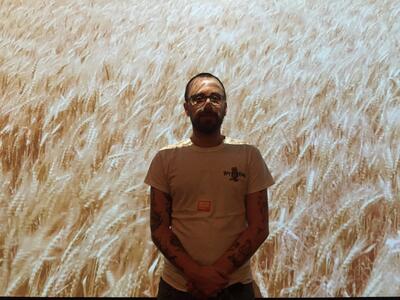 Robert Moeller interrogates racial capitalist political economy and racialization in the Sacramento River Basin of Northern California, United States (Maidu and Miwok Territory). Specifically, he engages in multiscalar analysis of how hydrological infrastructure and the commodification and preservation of agricultural production establish settler colonial temporalities of white futurity, undergirded by racialized fear and promise, with special attention to these structures' historical antecedents in the Atlantic plantocracy and their export into U.S. imperial endeavors in the Pacific. As the constitutive foil for this process, he analyzes how migratory and displaced laboring populations demonized by these formations offer alternate societal imaginaries through their material and poetic interventions throughout the landscape of the Sacramento Valley.

BA in American Studies, College of William and Mary