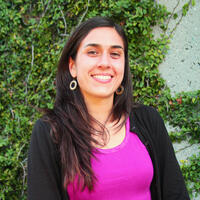 My work addresses the confluence of communist movements and political Islam from the Cold War to the present. I focus on contemporary efforts at democratization carried out by Islamic feminists based in Central Asia and Afghanistan in particular, however my work expands geographically to include political organizers and Islamic social movements working within diasporic communities throughout Europe and the United States. Given Central Asia's multiple entanglements across various empires and colonial legacies, I draw upon literature across postcolonial and subaltern studies that engages critically with discourses of history constitued through the archive. In this regard, I am interested in bringing together a critical historiography of Central Asia, and its imbrications with Black and diasporic Muslims through the notion of a global ummah (community). I place these historical and geographical conjunctures in comparative context with our contemporary moment, which has borne witness to the steady rise in prominence of illiberal populisms, and the failure of liberalism's central tenants of freedom and democracy to quell these radical aspirations.

I am grateful to have recieved support for my research from FLAS, the UC Consortium for Black Studies, the National Science Foundation, and the UC Berkeley Chancellor's Fellowship.