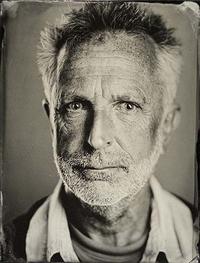 Economies of Violence: Petroleum, Politics and Community Conflict in the Niger Delta, Nigeria

Professor Watts has developed a website on writing and crafting a dissertation prospectus.
Click for my essay entitled The Holy Grail: In Pursuit of the Dissertation Proposal
Click for resources, including the nuts and bolts of preparing and writing a research proposal, examples of proposals and their revision by authors, and funding resources.

At the centre of my research and teaching interests is a longstanding engagement with the political economy of development and in particular energy and agro-food sectors in Africa. My own training at University College, London and at the University of Michigan was firmly grounded in Anthropology, Development theory, Ecology and Sociology, initially with a focus on the understanding the vulnerability of peasant communities in semi-arid Africa and the dynamics of subsistence and famine crises. My doctoral research was based on long-term field research in northern Nigeria and generated a lifelong concern with questions of food security, rural differentiation and the agrarian question. While at Berkeley I have tried to deepen my understanding of the intersections between political economy, culture and forms of power.   Over the last decade I have devoted most of my time to the oil and gas sector and to the impact of oil in the Gulf of Guinea, especially in the Niger delta region of Nigeria.

During the 1980s and 1990s I extended my interests in Africa with fieldwork in Senegambia on gender and household dynamics and irrigation politics. I continue to work in Nigeria on Islam, and the political economy and political ecology of oil. Concurrently, I have published on the global agro-food system including in California and the US most notably rice in California, and the poultry industry Since 2011 I have been working closely with New York photographer Ed Kashi and produced a book on the impact of oil in Nigeria and the Niger delta entitled The Curse of the Black Gold. With colleagues Iain Boal and Cal Winslow, I have been working on the commune and back to the land movements in northern California.

For ten years I served as the Director of a research institute, the Institute of International Studies (1994-2004), which promotes cross-area and cross-disciplinary research and training on transnational and global issues. I established with Nancy Peluso the Berkeley Working Group on Environmental Politics, the major centre for cross-disciplinary political ecological research on the Berkeley campus. In addition I have served as the director of the Africa Studies Center, of the Rotary Peace Fellows program, and co-direct our undergraduate Development Studies Program with Professor Gillian Hart.

I have had occasion to work with various development organizations and philanthropic institutions. I have worked for UNDP, the Ford Foundation, OXFAM, and a number of small NGOs in Africa (most recently Environmental Rights Action and Our Niger Delta in Nigeria).  I serve on the Board of a number of non-profits including the Pacific Institute in Oakland and have given expert testimony in major legal cases concerning of human and environmental rights in Nigeria, and spoken to the US Congress and other policy groups in Washington DC. I have served as Chair of the Trustees of the Social Science Research Council since 2007.

2000 The Hettner Lectures: Geographies of Violence. Heidelberg: University of Heidelberg.

1995 Geographies of Global Change: Remapping the World in the Late Twentieth Century. Edited with P. Taylor and R.J. Johnston. Basil Blackwell, Oxford [Second Edition in 1998; the Third Edition in 2002 had eight new chapters, a new introduction and conclusion, and section essays by the editors].

1987 State, Oil and Agriculture in Nigeria. Edited with an Introduction by Michael Watts, Institute of International Studies Press, University of California, Berkeley.

2017 Oil Worlds: Life and Death in Nigeria's Petro-State, in K. Calvert and Barry Solomon (eds).,
Handbook on the Geography of Energy, Edward Elgar,pp.341-355.

2017 Entries on "Colonization, Decolonization and Neocolonialism", and "Violence" in The International
Encyclopeadia of Geography, edited by D. Richardson, A. Kobayashi and A. Paasi, New York: Wiley
Publishers.

2016 The political ecology of oil and gas in West Africa's Gulf of Guinea, in The Handbook of the
International Political Economy of Energy, T. Van der Graaf et al., (eds)., London: Palgrave,559-584.

2016 The Political Ecology of Oil and Gas in West Africa's Gulf of Guinea: State, Petroleum,
and Conflict in Nigeria, in The Palgrave Handbook of the International Political Economy
of Energy, Thijs Van der Graaf et al (eds)., London: Palgrave, pp.559-584.

2016 Laying the foundations of the colonial state in Northern Nigeria, Introduction to, M.Tukur, The Imposition of British Colonial Domination on the Sokoto Caliphate, Borno and Neighboring States, Dakar: Amalion Publishing, pp.xxxv-xlv.

2016 Joined at the head: anthropology, geography and the environment, in S. Coleman, S. Hyatt and A.
Kingsolver (eds)., Companion to Contemporary Anthropology, London: Routledge, pp.323-358

2015 Now and Then: the origins of political ecology and the rebirth of adaptation as a form of thought. I
James McCarthy and Thomas Perrault (eds)., Handbook of Political Ecology. London: Routledge, pp.19-50.

2015 Turtles all the way down: Bernard Nietschmann, Between Land and Water, Classics Revisited, Progress
in Human Geography, 39/1, pp.1-6.

2012 Caught on the hop of history: Communes and Communards on the Canvas of 1968, in West of Eden: Communes and Utopia in Northern California. PM Press: Oakland. Iain Boal, Cal Winslow, Janferie Stone and Michael Watts (eds), pp.249-271.

2010 Foreword: Insurgency and the prospects fro development and democracy in the Niger delta, in K. Aaron and D. George (eds)., Placebo as Medicine: The Poverty of Development Intervention And Conflict Resolution Strategies in the Niger Delta Region of Nigeria, Port Harcourt, pp.vii-xii.

2009 Editor of a special issue of the Journal of African Development, including the Introduction (with Drs Ibaba and Osagie) pp.9-26, and lead paper 'The Rule of Oil: Petro-Politics and the Anatomy of An Insurgency', Volume 11, # 2, pp.27-56.

2009 Oil, Development and the Politics of the Bottom Billion, MacCalaster International, Volume 24 (summer), 79-130.

2008 What might resistance to neoliberalism consist of? In James McCarthy and Scott Prudham (eds)., Neoliberal Environments. London, Routledge, pp. 273-279.

2008 Anatomy of an oil insurgency, in K. Omeje (ed)., Extractive Economies and Conflicts in the Global South. London: Ashgate, pp. 51-74.

2004 Antinomies of Community, Transactions of the Institute of British Geographers, special issue, 29, 195-216

2003 Interview on the 1960s, in Global Village: The 1960s, edited by Stephane Aquin, The Montreal Museum of Fine Arts, Montreal, Quebec.

2000 Poverty and the politics of Alternatives at the end of the Millennium, in Jan Nederveen Pieterse (ed.), Global Futures. London, Zed Press, pp. 133-147.

Writing and Crafting A Dissertation Prospectus: A Website for Students
Writing research and grant proposals is one of the most difficult — and unavoidable — requirements of graduate study in the social sciences. When it comes time to write them, however, many graduate students feel left to their own devices. This website is designed to help you navigate the hazards this process entails.

This site comprises a collection of tips, samples, and links. It is not meant as a class, nor a substitute for feedback from colleagues and advisors. It is merely an amiable guide meant to help you through an important phase in your academic career. Although biased in favor of “area studies” specialists and those planning to spend extended periods overseas, the content of this workshop is intended to be useful for all students hoping to conduct empirical social-scientific fieldwork.

Effective research or funding proposals are products of what is often a long, lonely, and frustrating process. What is more, many social science graduate students face this challenge with little guidance from teachers or supervisors. While significant differences exist among projects, disciplines, and funders, this site is intended to provide guidance on some common objectives and obstacles. It raises questions to consider, reflections from those who have survived the process, and sage advice from those who are likely to read and evaluate your proposal. It is intended for those just thinking about a research proposal and for those who are already further along.

The site is organized into five inter-related sections, all accessible from the home page. Each of these sub-sections is oriented to a some specific aspect of the grant writing process and includes a series of concise priority lists, links, and samples. There is no best way to use this site. We suggest you spend a couple of minutes looking around to see what might be useful for you now, and what you might need later on. If there is something specific you want to find, or a page you want to re-visit, please use the search engine included on the home page. What follows below is a brief description of the site’s five major sub-sections.

The site’s process and parameters section provides the most explicit advice. Here you will find both general guidelines for what to do (and what to avoid) as well critical characteristics of the proposal’s various sections (e.g., the introduction, methodology, etc.). The nuts and bolts section works as a supplement, providing key practical advice as to how to piece together your work; finding an appropriate and realistic research design, developing a budget, and other concrete tasks which are often ignored in departments’ methodology classes. Our style section offers tips on crafting the proposal as a written document; editing, integrating, and revising. Examples of successful proposals and commentaries from their authors (on both the writing process and their post-field work impressions of their original ideas) are found in the examples area. We have organized these by both discipline and funding body, so you can find those are most relevant to your own work. If you are still searching for the right funder, or feel you need further information on grant writing, the resources section may be just what you need.